What do the email send statistics mean?

After you've sent your email campaign, you'll see be able to see a statistics section on your campaign when you look back at it.

Here' you'll be able to see some basic data as to which recipients successfully received and viewed the email campaign. 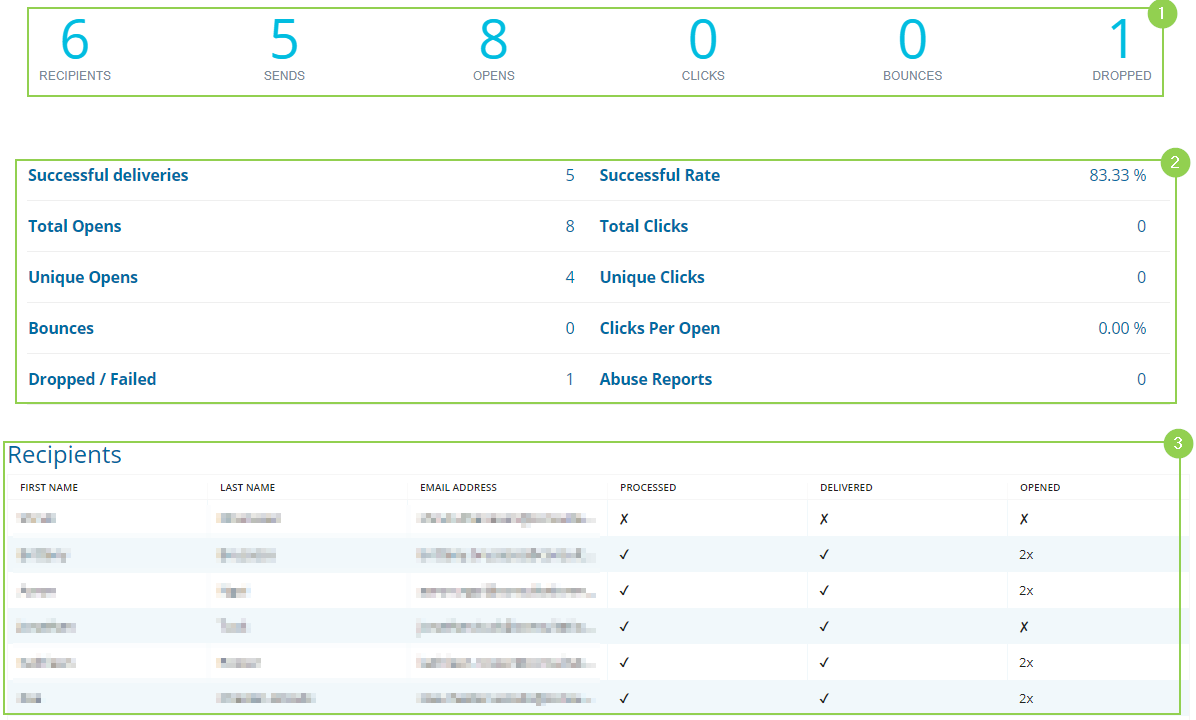 1. Broad overview: This is the total amount of the below information, designed to give you quick broad statistics as to how many recipients recieved and opened the email campaign.

2. Detailed information: This area goes more in depth about your email statistics.

3. Recipients: This area shows you specific details about recipients and the status of their email. Here you'll find if the email to a specific person was delivered, opened, bounced, or dropped.

Want to know how to find the Event that's created after sending your Campaign? Have a look at this article.

Z
Zoe is the author of this solution article.

Did you find it helpful? Yes No

Send feedback
Sorry we couldn't be helpful. Help us improve this article with your feedback.